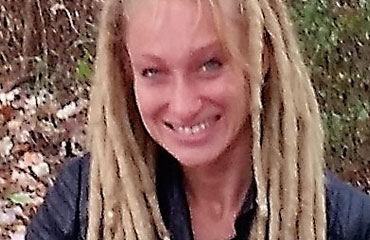 Tina Wolf is Executive Director and Co-Founder of Community Action for Social Justice (CASJ), the only Harm Reduction & Syringe Exchange Program on Long Island. She is responsible for design, implementation, and reporting for all programs; grant writing and other fundraising efforts; and is the agency’s primary liaison with funders, elected officials, Nassau and Suffolk County health departments, the Suffolk County Police Department, external evaluators, and media. She also continues to provide some direct service, including syringe exchange and risk reduction counseling, overdose prevention training, and harm reduction training for other organizations throughout New York State.

Tina has been working with people who use drugs since 2003 when she trained and led a group of four participants from CitiWide Harm Reduction (now BOOM! Health) in a participatory action research project to explore cycles of risk behavior among SRO residents in the Bronx and Manhattan. Her experience in Long Island began in 2004 when she worked as an ethnographer for Health Research, Inc. to define communities of interest and identify methods of accessing the injection drug user population in Nassau and Suffolk counties for the CDC’s National HIV Behavior Surveillance (NHBS) Study. Tina served as Coordinator of Harm Reduction at AIDS Center of Queens County from 2008 to 2012, where she managed nine contracts with a $1.3 million annual operating budget. In 2012, she became Director of Harm Reduction at the Long Island Minority AIDS Coalition (LIMAC) where she implemented Long Island’s first Syringe Exchange Program.

Tina also served on the Integration of Care Committee of the NYC HIV Health and Human Services Planning Council, the Advisory Board of NDRI/NYU’s Center for Drug Use and HIV Research (CDUHR) from 2008-2012, 2015-present, and on numerous advisory groups convened by the New York State Department of Health.

Tina is also an Adjunct Professor in the Anthropology Department at CUNY John Jay College of Criminal Justice (2004-present).